Sturgill Simpson has proven once again that he is one of the most original voices in country music, breaking new ground with his latest dystopian-themed album, Sound & Fury, that has been supported by an incredible anime film on Netflix. Now, the musical maverick is heading out on tour, and he's bringing Kentucky country artist Tyler Childers with him as a special guest support act! The Good Look’n Tour comes to Frank Erwin Center on Saturday 28th March 2020! 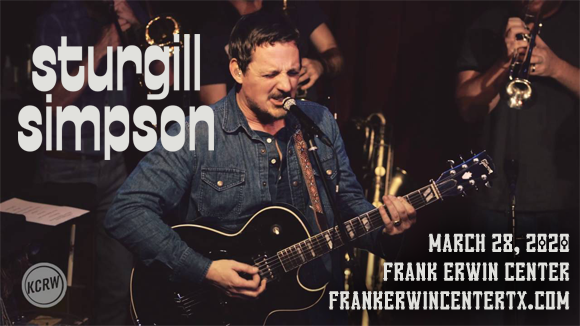 In 2013, American country and roots rock singer songwriter Sturgill Simpson released his debut, High Top Mountain, showing the world that he was an exciting new voice, unafraid to take risks. That sense of innovation and exploration continued with 2014's Metamodern Sounds in Country Music, which earned him a Grammy Award nomination for Best Americana Album and found itself on The New York Times, Rolling Stone, L.A. Times, Vogue, Stereogum, NPR Music and the Village Voice end-of-year lists. His follow-up, A Sailor's Guide to Earth (2016), gained a Grammy Award nomination for Album of the Year at the 59th Grammy Awards, and won Best Country Album. He released Sound & Fury, his fourth studio album, in 2019 with an accompanying original dystopian anime film on Netflix.