Who says white men can't rap? Post Malone has definitely proved his naysayers wrong as he churned out a barrage of hits, and now he's on the road with a new leg of a concert tour dubbed as the 'Runaway Tour 2020'. With Billboard chart-toppers tightly tucked under his belt, namely, "Stay," "Leave," "Go Flex," "White Iverson," "Sunflower," "Rockstar", "Congratulations", and so much more, expect this show to be a blast! Post Malone may have that his laconic vocal style, yet he has that energy that could drive a crowd in a state of frenzy. Post Malone is truly the man of the hour! So no time to waste, book your tickets now! 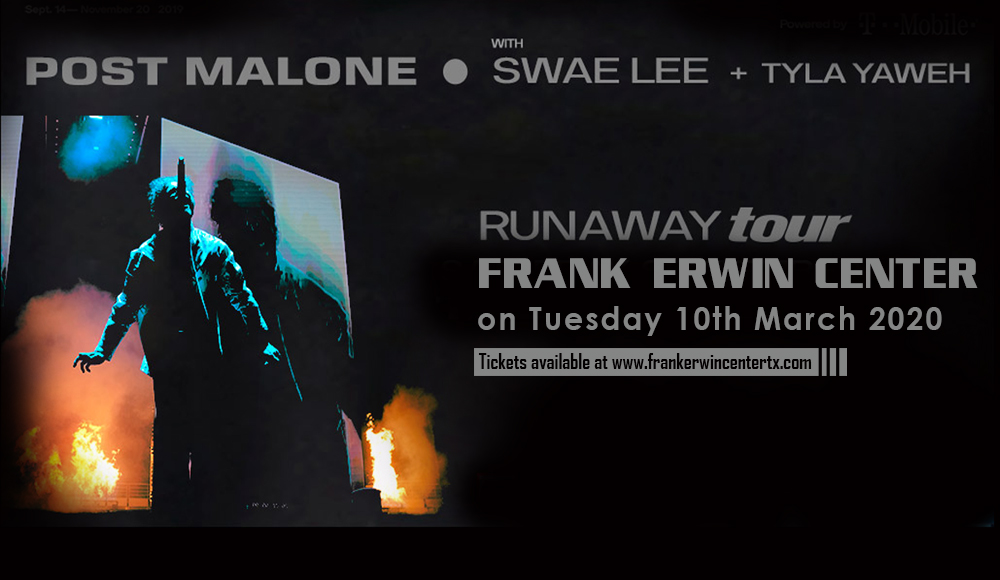 One of the most streamed and most-listened-to artists these days is Post Malone. He's got that amusing knack for blending musical genres including hip hop, pop, trap, and rock, with his introspective songwriting, and his laconic vocal style. It comes as no surprise that many are obsessed, a multitude of fans are definitely addicted to his music.

As Post Malone went from one failed audition to the next, he powered his pursuits with many phases and experimentations with his musical interests, moving from emo to hard rock and, finally, to hip-hop. Post first attained recognition in 2015 following the release of his debut single "White Iverson", which peaked in the top 20 on the US Billboard Hot 100. From there, he became unstoppable. Malone's 2016 debut studio album "Stoney" spawned the featured the single "Congratulations", which peaked at number four on the US Billboard 200 and was eventually certified triple platinum. His second album, Beerbongs & Bentleys (2018), debuted at number one on the Billboard 200 and broke several streaming records upon release; then consequently bagged a nomination for Album of the Year at the 61st Annual Grammy Awards. In 2018, the single "Sunflower"–the soundtrack to the film Spider-Man: Into the Spider-Verse which is a collaboration with Swae Lee, turned-up the heat to his sizzling hot popularity. Malone has sold 60 million records in the US alone, and counting. He has bagged 20 platinum and multi-platinum singles in the US, and has won two American Music Awards, a Billboard Music Award, and a MTV Video Music Award.

Post Malone is a seriously great concert not to be missed. Go, get your tickets now!