Kids and grown-ups alike will have a "super" time at Marvel Universe Live! Coming to Frank Erwin Center on Thursday 23rd August 2018, this outstanding live show features 25 of your favorite Marvel characters as they battle to save the world from imminent destruction via the Cosmic Cube! With cutting edge technology and special effects, the show sees our acrobatic heroes and villains engaging in such daring feats, you'll hardly believe your eyes! Tickets available now! 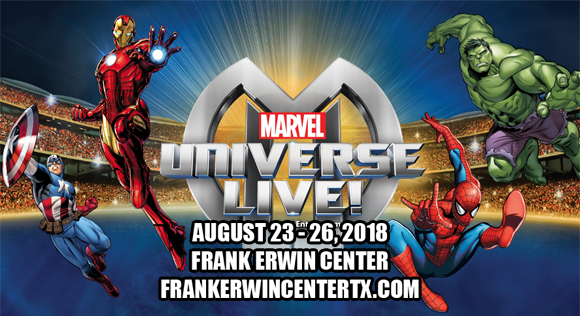