The Tenderloins (aka Joe, Murr, Q and Sal, the cast of TruTV's hit hidden camera comedy show Impractical Jokers) bring Impractical Jokers Live to Frank Erwin Center on Sunday 2nd August 2020! A night of ridiculous hi-jinx, crazy challenges, sketches and more, the Scoopski Potatoes Tour sees these professional pranksters doing what they do best – make audiences laugh in the wackiest ways possible! There's never a dull moment with these guys, which is why Impractical Jokers is one of the most popular comedy shows in the US, so don't miss your chance to see the action live! 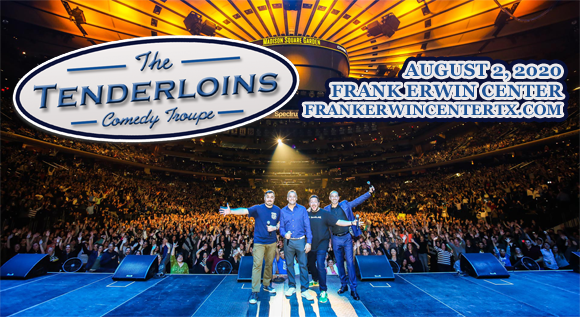 Impractical Jokers is an American hidden camera reality game show that airs on TruTV, and is the brainchild of Joe Gatto, James Murray, Brian Quinn and Sal Vulcano aka The Tenderloins – a New York-based comedy troupe. The fellas first met at high school and began performing together after gradution, honing their skills on the NYC comedy circuit. After geeting people's attention with a series of comedy sketch videos that they posted on social media, the group got its big break in 2007 when it won the NBC It’s Your Show competition with the sketch "Time Thugs", taking home a $100,000 grand prize. Impractical Jokers was picked up by TruTV in 2011 and has now been renewed for a ninth season, which premiers in 2020, as does the Impractical Jokers feature-length movie.