Things are getting exciting at the Frank Erwin Center! The unparalleled talent that is Halsey is on tour with her brand new album “Hopeless Fountain Kingdom,” and she’s bringing PartyNextDoor & Charli XCX along with her for the ride!! The trio of pop and RnB artists are heading to Frank Erwin Center on Friday 27th October 2017! Tickets are still available, but they won’t last long – snap yours up while you can! 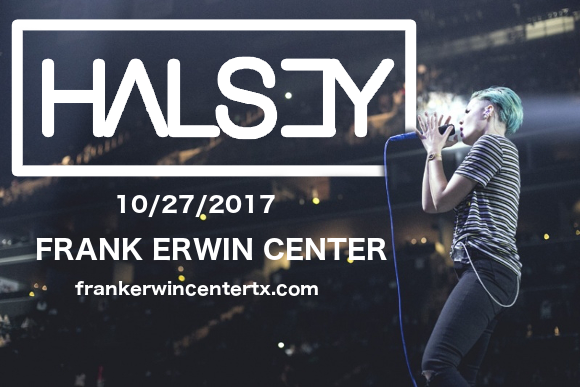 Halsey, an anagram of Ashley Nicolette Frangipane’s given first name and Halsey Street station of the New York City Subway in Brooklyn, shot to public prominence with the release of her first album “Badlands,” in 2015, which made the top 5 in charts across the world, with Rolling Stone magazine praising her as a “new popstar with a knack for sticky imagery”.

Jahron Anthony Brathwaite, known as PartyNextDoor, is a rapper, producer and songwriter hailing from Ontario, Canada. The first artist to be signed to Drake's OVO Sound record label in 2013, PartyNextDoor put out his first, self-titled EP to a popular reception – despite little promotion, the record charted at number six on the Billboard Heatseekers Albums chart.

Last but certainly not least, its Charlotte Emma Aitchison, or Charli XCX! The British songwriter, singer and actress first saw fame when she was featured on two smash hit singles by Icona Pop and Iggy Azalea, and her popularity expanded immensely with her song "Boom Clap" from the soundtrack of the film “The Fault in Our Stars,” which charted in the top 10 in many countries around the world.

What are you waiting for?? Get your tickets to see Halsey, PartyNextDoor and Charli XCX TODAY!!!