MASSIVE NEWS! The long-standing King Of Country has announces a HUGE headlining Texas concert in 2018! Known for its commitment to providing outstanding entertainment from the world's top talent, Frank Erwin Center is outdoing itself this time, as it brings you George Strait on Sunday 3rd June 2018 – tickets are currently available for this exceptional show, but best hurry about getting yours, because they won’t last long!! 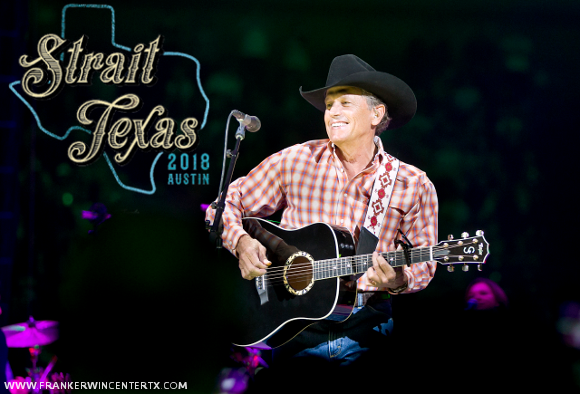 With his hit single “Unwound,” in 1981, George Strait captured the hearts and minds of country music lovers around the world. Known for his neotraditionalist style, he is credited for spearheading the movement for turning country music around from the country-pop style of the 80s and bringing it solidly back to earth. With sales of over 100 million records across the world and countless awards, George Strait is one of the most enduring and influential country artists of all time.

Don’t miss out on your chance to catch this legendary musician live – get your tickets NOW!