Are you ready for the Latin-Hip-Hop fusion event of the year?? There’s a whole heap of excitement brewing at Frank Erwin Center, as preparations take place for Enrique Iglesias, Pitbull & CNCO on Sunday 24th September 2017! This exciting show, which is chock full of talent, will leave you speechless, so don't delay – book now! Click the Buy Tickets button to get yours today. 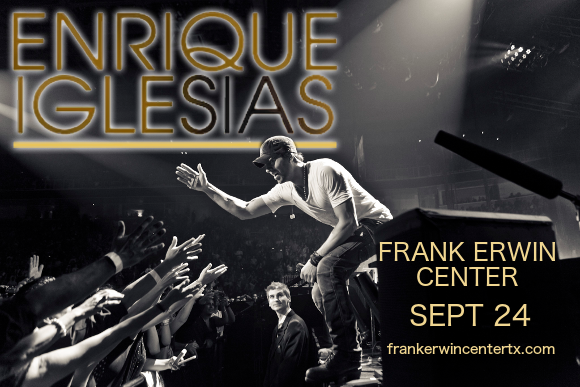 Enriqe Iglesias is one of the biggest crossover artists in contemporary music, widely regarded as the “King Of Latin Pop”! With his1995 self-titled debut album, featuring the smash hits "Si Tú Te Vas", "Experiencia Religiosa”, he conquered the Latin American and Hispanic markets in the US before signing with Universal Music Group and beginning to release albums in English. Having sold over 159 million records worldwide, he is one of the best-selling Spanish artists off all time!!

Known by his stage names Pitbull and Mr. Worldwide, Armando Christian Pérez’ first major recorded performance was on a solo track from Lil Jon's 2002 album “Kings of Crunk”. His debut album, “M.I.A.M.I.” (Money Is a Major Issue) was a big success, charting in the top 20 of the Billboard 200. He went on to release several more albums, and has collaborated with massive names including Jennifer Lopez and Claudia Leitte.

The winners of the first season of the La Banda talent show created by Simon Cowell, CNCO saw their beginnings when Christopher Vélez, Richard Camacho, Joel Pimentel, Erick Brian Colón, and Zabdiel De Jesús came together as a group during the shows finale, their name a play on the Spanish word “cinqo,” for “five”.

What are you waiting for?? Book your tickets NOW!!