One of the world's most popular classic crossover/world music ensembles, Celtic Woman, comes to Frank Erwin Center on Saturday 27th April 2019! The female-fronted celebration of Irish femininity is a spectacular stage show that takes you on a mystical journey to the Emerald Isle with the help of incredible musical talent, breathtaking sets and a jaw-dropping cast! Tickets available now! 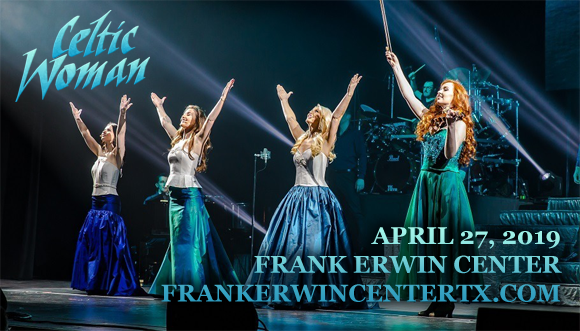 Celtic Woman is an Irish performance collective and recording ensemble that made its debut in 2005 with a PBS special, followed by the release of their eponymous debut album. Consisting of vocalists Mairéad Carlin and Éabha McMahon, and violinist Tara McNeill, the cast also employs “a robust ensemble that includes Irish dancers, bagpipers and a full band playing an array of traditional Celtic instruments, including bodhran, tin whistle, bouzouki and Uileann pipes.” Named as Billboard's number one World Music Artist of the Year six times, the group has also had eleven albums debut at number one on Billboard's World Album Chart. Ancient Land, Celtic Woman's most recent album, was released in 2018.